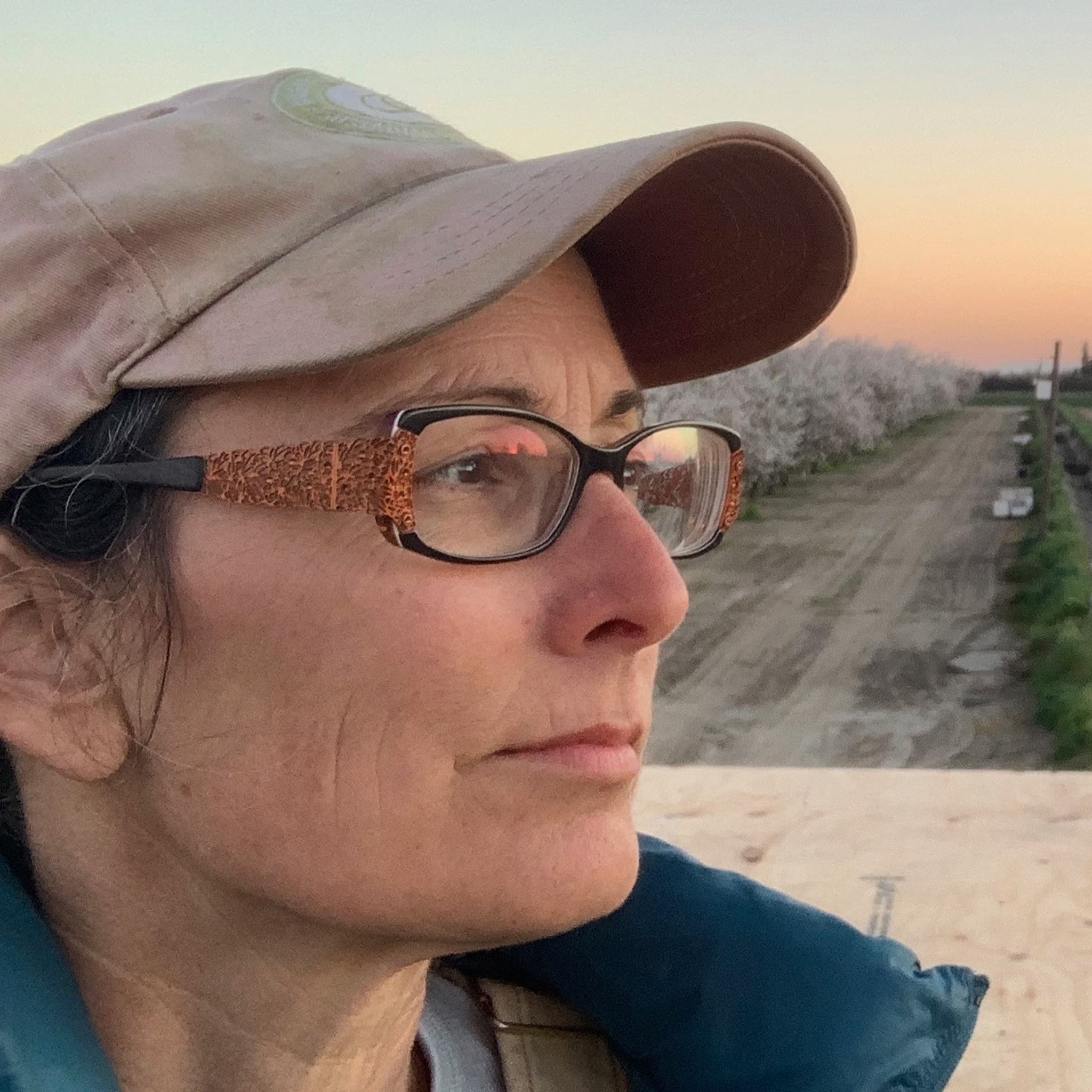 For second-generation almond grower Christine Gemperle, being a farmer isn’t just about driving machinery up and down rows. It’s also about caring for your land, developing innovative solutions and advocating for agriculture.

Christine and her brother Erich started their almond operation, Gemperle Orchards, in 1997. Their two orchards are located in the Central Valley of California, which is where their father began almond farming in the early 1970s when he and his brother immigrated from Switzerland. Christine and Erich handle the day-to-day farm operations themselves, but harvesting time sees them bringing in other family members. They also appreciate the occasional consult from their nearly 90-year-old dad.

Christine describes the Central Valley of California as “where all the stars are aligned to grow almost everything, but in particular, almonds.” The Central Valley boasts fertile soils, a Mediterranean climate with winter rainfall and a mountain range that brings melted snow into an arid valley. The dry summer means Christine can pick almonds without damage from the rain — an advantage for other crops, like peaches, pears and apricots, that are also grown in the Central Valley. But water hasn’t always been plentiful in the valley, as is the case now, and that has made it necessary for famers like Christine to learn how to farm with less water.

Water restrictions during earlier droughts meant Christine had to work out a way to get through the dry periods without constantly buying water. Deficit irrigation became a part of Christine’s drought strategy, which also allowed her to understand how water behaves in the soil and to better use what water they do have. This strategy reduced their overall almond crop a little, but their trees weren’t damaged and they didn’t lose their entire investment to drought.

Like a lot of other farmers, Christine plants cover crops to promote pollinator health and allow pollination of the largest possible crop the orchard could bear. While she originally started using cover crops just as a habitat for pollinators and bees, she noticed that over time, the soil became richer and retained water better. Cover crops created resilience for her trees and allowed them to better handle dry weather.

Christine’s interest in pollinator health began with increasing pollination potential, but her interest quickly expanded when she realized how much pollinator habitats can help others. For example, beekeepers and almond growers have a symbiotic relationship — both benefit from providing a healthy environment for pollinators and bees. Christine is also involved in the Monarch Joint Venture, which provides free milkweed plugs and regionally specialized seed mixes to farmers to establish pollinator habitats.

You have to wear a lot of hats as a farmer and luckily we get lots of free hats!

New sustainable farming practices are often expensive, require hard work and may fail. But if it helps others in the industry, Christine is willing to try. The land Christine farms is not just another input for her. She wants to take care of the land so she can pass it on to her family in a better state then when it was given to her. A recent project uses a biochar compost mix in a field where they are replanting trees. It started with whole orchard recycling, where they ground the whole orchard back into the soil. The next step is to add biochar with composted chicken manure to the replanting area. Biochar is water absorbent and helps soils hold water, but it also has other properties that can help cut down on nitrous oxide emissions during fertilizer applications — another important issue for Christine.

Christine is proud that the ag community is on the front line when it comes to addressing climate change — especially as farmers often feel the effects sooner than everyone else and they have a unique ability to help. The changes Christine makes on her farm can make a difference, and she wants consumers to understand the positive changes farmers are having on combatting climate change issues. Her hopes are that consumers will follow her lead and realize that it doesn’t matter the scale of the change, it just matters that they’re doing it.

Whenever Christine gets the opportunity, she loves to talk to consumers about agriculture. And that includes at places like a Napa Valley winery. Her goal is to give consumers a glimpse of what it’s really like to be a farmer (including the challenges) because it’s too easy to stereotype who a farmer is and what they feel. Christine admits that for most farmers, communication and outreach are low on their priority list (or may not make the list at all). But she believes that consumers matter a lot — they need to trust farmers and have confidence in what farmers do. And that trust comes with transparency and outreach.

Christine admits that farming is hard and it’s not for the weak of heart. She realized during graduate school that farm life was the path for her, and we’re certainly glad to have her as an ally for agriculture.

See what others have to say about Christine Gemperle and what she is doing:

Take a Look at Their Operation 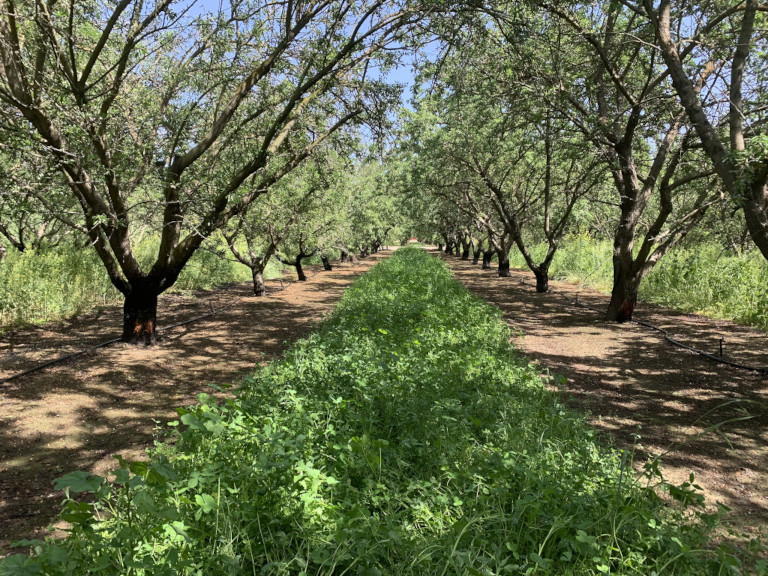 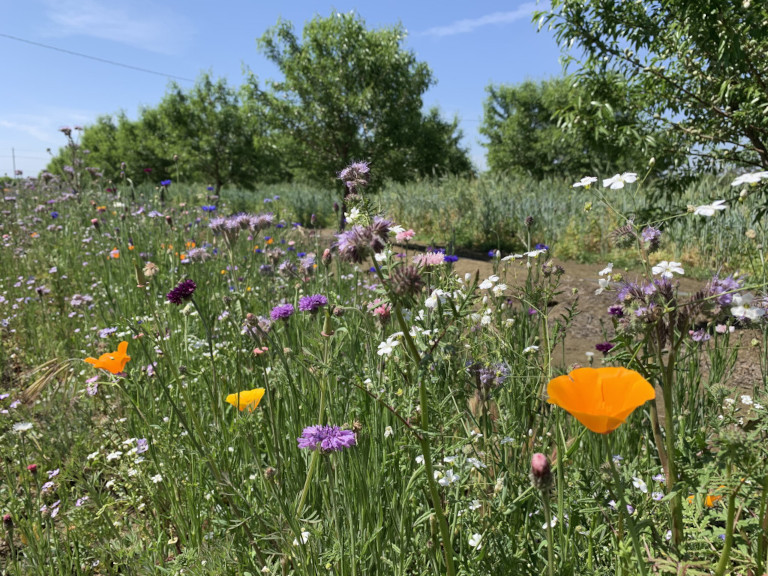 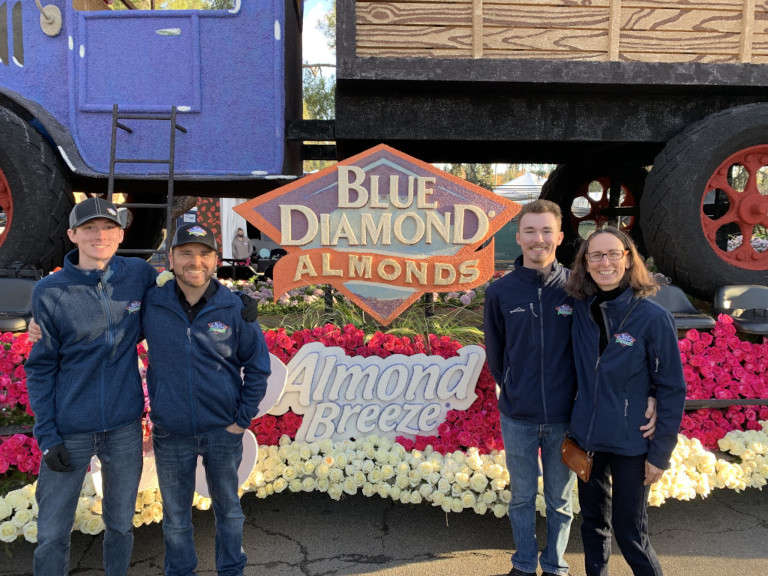 STAY IN THE KNOW

By submitting this form, you agree to receive ongoing communications from UPL.